Here you can compare prices on rental cars in the town Acapulco de Juárez, state Guerrero, Mexico. Find and book a rental car the easy way. When you rent a car from us, there are no surprises when you pick up the car on your arrival. All our prices include free mileage, airport fees, road assistance and obligatory insurances, taxes and fees. Autoprio.com can help you find a cheap car rental and car hire.

Which car rental companies are near or in Acapulco de Juárez?

Do I need a credit card for car rental in Acapulco de Juárez?

You can make a booking without a credit card with autoprio.com. Note that, even if you choose to pay by debit card, you will have to provide a valid credit card in the driver’s name at the time of pick-up in Acapulco de Juárez, since the rental agent requires a credit card from which to take the rental deposit. Credit cards accepted for pick-up are MasterCard, Visa, and in some cases American Express.

How can I find car rental near me in Acapulco de Juárez? 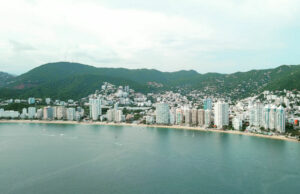 Comparison of rental car prices and car rental from several businesses in the town Acapulco de Juárez in Mexico. Find the best prices for rental cars. It always pays off to compare before you book, in some smaller communities local companies can have very competitive prices.

When you are looking for rental cars we compare these companies; Álamo on Avenida 8000 Aeropuerto, Thrifty on Avenida Costera Miguel Alemán 139, all with offices on site or in Guerrero. Rental cars at Acapulco de Juárez’s train stations, travel center and airports like Acapulco General Juan N. Álvarez Airport 19 km (12 mi), ACA and ports and ferry terminals that are close by are Puerto Internacional de Acapulco Teniente José Azueta, Malecón, Club de Yates. We have an easy and safe booking system of rental cars online. Search and choose your destination, search for country, city etc. and choose from the list. A car rental service where every cost is included, no hidden fees and free cancellations/amendments up to 24-48 hours before you are supposed to pick up the car.

A few suggestions on events, attractions, museums, activities, experiences, places and destinations in Acapulco de Juárez which are worth a visit during your vacation in the town. Do you travel with your children? Water parks, amusement parks or theme parks you can go to are for example Isla la Roqueta Acapulco México. In the mood to go water slide? If you want to visit a museum you can choose between Fort of San Diego, which are within a walking distance from the town center. Local graves and sacrifice sites? To experience and watch exciting history and archaeology, visit these nearby places, Fort of San Diego. See interesting history and archaeology.

Close to Acapulco de Juárez there are castles worth seeing such as Fortín Álvarez and Fort of San Diego. Club de Golf 6 km (4 mi) are golf courses located close to the community. Do you want to play some golf or are planning a golf trip? Do you want to relax and find a beach for swimming and sunbathing? Playa Tamarindos are located nearby. Shopping at a mall? Maybe at Galerías Acapulco, Chedraui and Galerías Diana! Get an overview of the whole city at La Quebrada which are located within walking distance from the town center. Fascinating and fine plantings, green areas and parks that are located in the town are Acacias, Azucenas, CICI, Campo de fútbol, Centro Internacional Acapulco and Bienvenidos a Acapulco.