Search and compare all inclusive deals on luxury, economy, 7-9 seater cars and more in Saint-Denis, Réunion

Comparison of prices on rental cars in the city of Saint-Denis, region Réunion, Réunion. With us, there are no unpleasant surprises when you pick up your rental car upon arrival at your destination. Compare car rental companies like Hertz, Avis, Europcar, Sixt, Budget, Thrifty, etc. All prices on autoprio.com include free mileage, fees at the airport and necessary insurances, local taxes and fees etc.

Search for a city or an airport and choose your destination from the list. If you search for a country or an island, auto suggestion will list the largest airports in that country. Search and book in advance if you want an extra-large car and/or extra options such as booster seat, car seat, infant car seat, GPS, tow hitch, roof rack etc. It is also possible to rent a car for one way drive, called a one way rental. You collect the car in one place and return it somewhere else, e.g. another city or country. 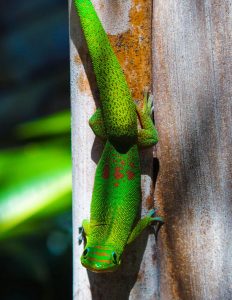 We compare large companies as well as small and find the best price for all types of cars. Compare rental cars and renting of a vehicle from several companies in the city, Saint-Denis in Réunion.

Saint-Denis is a city in the municipality Réunion, Réunion region, Réunion. The city is the capital of the country. 1th largest city/town when it comes to inhabitants in the region and the 1th largest town/district in Réunion. Saint-Paul (c. 99,300 pop), Saint-Pierre (c. 76,700 pop), Le Tampon (c. 70,000 pop), Saint-André (c. 48,700 pop), Saint-Louis (c. 47,900 pop) and Le Port (c. 40,800 pop) are other larger communities, cities nearby. Regardless of how long you are staying the city there are things to experience and do. The community/city is located about 44 MASL (144 ft). Smaller villages, communities and suburbs nearby are Petite-Île, Bras-Panon, Les Avirons, Salazie, Les Trois-Bassins, Sainte-Rose, Cilaos, Petite Île, La Providence, Le Butor and La Montagne. The city had c. 137,200 inhabitants at the end of 2018. Bus stop? These stations and stops are located in the city, Hôtel de ville, Gare de St Denis, Parking Bus and Hôtel de Ville Ste Marie. Get some tips on local companies in Réunion.

Recommendations and tips on activities, experiences, museums, attractions, events, places and destinations in Saint-Denis you can visit during your stay in the city can be found here. Water parks, amusement parks or theme parks you can go to are for example Forêt de lAventure, Aquanor. Looking for activities and experiences with the kids? Arthotèque, Muséum dHistoire Naturelle, Museum Léon Dierx and Lazarets de la Grande Chaloupe are located nearby. Maybe a day at the museums and art galleries of the town? Watch the local team play? Or see a concert? Watch football? Close to the town center are the Stade Jean Ivoula, Stade Nelson Mandéla, Stade Youri Gagarine, Stade de lEst and Stade de la Redoute.

Église notre Dame de lAssomption and Cathédrale de St Denis are beautiful cathedrals and churches nearby. Close to Saint-Denis there are castles worth seeing such as Fortin de Saint Gilles, Propriété High Hall, Domaine de Montgaillard, Propriété Appavoupoulle and Propriété Camalon. A day for relaxing and sunbathing on the beach at Plage de Sainte Clotilde. They are all close to the city. Are you going on a golf trip and looking for golf courses? The golf courses, Golf Club du Colorado 3 km (2 mi) and Golf du Bassin Bleu 27 km (17 mi), are located close to the city.

In the city, there are interesting monuments and statues of famous people and events like Canons de Saint-Denis. Malls like Galerie Vogue and Espace Leclerc are close by if you want to do some shopping. Markets such as Petit marché de Saint-Denis are located nearby. Make a visit to these historical ruins and places, La Plaine dOméga and Les Anciens Thermes.

Car rental in airports nearby

Hertz, Green Motion, Citer, Sixt, Dollar, Budget, ITC Tropicar, Rentacar, Keddy By Europcar, Europcar, Alamo, Jumbo, Thrifty, InterRent, Jumbo, National, Avis and Enterprise are the companies we compare near Saint-Denis to find the best price. You can usually find the largest selection at airports such as Réunion-Roland Garros Airport and Saint-Pierre Pierrefonds Airport. The large companies usually have offices adjacent to the airport.