Prices from large companies as well as small ones on Tenerife

Comparison of prices on rental cars on the island Tenerife (Isla de Tenerife), Spain. With us, no unpleasant surprise awaits when you pick up your rental car when you arrive at your destination. All prices include free mileage, airport fees and necessary insurances, local taxes and fees. Autoprio.com can help you find affordable rental cars. 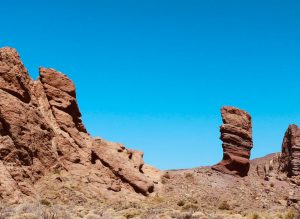 Tenerife (Tenerife Island) is an island in the municipality Santa Cruz de Tenerife in the Canary Islands region, Spain and has about 886,000 inhabitants. Small and large islands nearby are Tenerife, La Palma Island, La Ballena, El Hierro, Gran Canaria and La Gomera, etc. If you plan to take the car on a ferry to other islands (Island Crossings) then check out the conditions during booking. There are limitations. Cities and communities that are close by or on the island are Santa Cruz de Tenerife (c. 222,400 pop), San Cristóbal de La Laguna (c. 150,700 pop), Arona (c. 78,600 pop), Adeje (c. 43,200 pop), La Orotava (c. 41,200 pop), Granadilla de Abona (c. 40,000 pop), Los Realejos (c. 37,600 pop) and Realejo Alto (c. 36,000 pop) etc. Minor villages, towns and suburbs that are close by are La Orotava, Puerto de la Cruz, Realejo Alto, Santa Úrsula and Güimar. Use the search box to find suitable pick up places on the island for your car. If you are looking for more things to do and experience on Tenerife there is more information and details under each city. Isla de Tenerife are other names for this island.